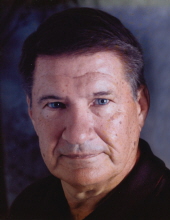 He grew up and received his education from Hazleton High School graduating with the class of 1960. After graduation he continued his education at Upper Iowa University where he received a B.S. in biology and minors in math and psychology.

On August 18, 1963, Ron was united in marriage to Judy Kimball Stupp in Independence, Iowa. Upon graduating from college in 1964, Ron was offered a teaching position in the Maple Valley CSD and the couple made their home in Danbury, Iowa. They were blessed with four children: Michael, Tracy, Brian and Kathy.

For 36 years Ron was employed as a junior high math teacher and coach at Maple Valley. During the summers, he worked numerous jobs including selling crop insurance for 15 years for Square Deal Insurance when he was done with his summer coaching duties.

In 1995 Ron took a one-year leave from teaching and worked at Brenner’s Electronics in Ida Grove, Iowa. He decided teaching was his true passion and returned to the Maple Valley CSD for another five years before retiring in 2001.

Ron touched the lives of many students whether in the classroom or on the playing field. He was selected as the Outstanding Educator of the Year in 1977.

For five years after retiring from teaching, Ron worked selling educational software for A+ Technologies. During this time, Ron and Judy would live in Texas during the school year and return to Danbury for the summer months.

Ron served as a volunteer fireman and EMT driver on the Danbury fire and ambulance crews. He enjoyed hunting, all things nature related, and was a member of Pheasants Forever.

Ron enjoyed playing a round of golf. He was an avid sports enthusiast who could be found cheering on the Iowa Hawkeyes, Chicago Cubs or Iowa State Cyclones. His family came first and foremost.

Ron was a loving and devoted husband, father and grandfather. He will be greatly missed by all those who knew and loved him.

He was preceded in death by his parents, Lloyd and Mildred Clough; his daughter, Tracy Clough; a sister, Barbara Tweedie; a brother, Keith “Casey” (Marlene) Clough; his parents-in-law, Leland Kimball and Dale (Kathy) Stupp; a sister-in-law, Joan Engen; brother-in-law Donald Potts; and aunts and uncles.