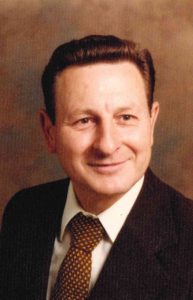 Lynn was born January 9, 1932 in Ponca, Nebraska the son of Charles and Versa (Green) Polkinghorn. He grew up near Ponca, graduating from Ponca High School.

Lynn joined the Coast Guard in 1952. He served on a patrol boat on the Hudson River in New York City and spent time in Greenland and New Jersey. He was honorably discharged in August of 1956.

Over the years, Lynn worked as a barber, owned a hardware store and worked as a realtor. Lynn was a musician and enjoyed going to Country Jams in South Sioux City. He also loved to tell jokes and visit with everyone.