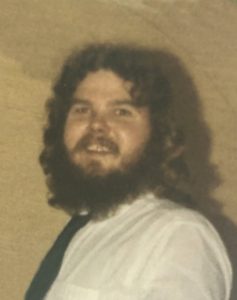 A Memorial Service will be held at a later date. The Armstrong – Van Houten Funeral Home of Anthon, Iowa, is in charge of the funeral arrangements. Condolences may be sent online to www.armstrongfuneral.com.

Douglas L. Girardin, the son of Leonard and Janet (Bernt) Girardin, was born May 30, 1957 in Columbus, Nebraska. He grew up in California during his youth.

He eventually returned to Nebraska and received his education from Shelby High School, graduating with the class of 1976.

After graduation, Doug entered the workforce. He worked various jobs in Nebraska with his longest employment being in steel production at D & L in Columbus, Nebraska.

Due to health issues, Doug moved to Anthon, Iowa in 2013 to live with his mother and stepfather.

Doug had a love for music and musical instruments. He enjoyed playing the harmonica, guitar and drums. In his free time, Doug could be found tinkering with his motorcycle or collecting guns. His pride and joy was his pickup. He relished in fixing it and keeping it polished up.

Doug loved his daily coffee time at the coffee shop with his friends. He will be remembered for his sense of humor and ability to strike up a conversation with anyone.

Left to cherish his memory include his mother Janet Lillie of Columbus, NE (formerly of Anthon, IA); a brother, Robert Girardin (fiancée Dawn Pensick) of Columbus, NE; a brother-in-law Ron Larson of Oto, IA; and a stepsister Dawn (Chris) Craig of Stratton, CO; and loving nieces and spouses.

He was preceded in death by his father, Leonard Girardin; his stepfather, Hollis Lillie; his stepsisters, Susan Larson and Sandy Lillie; and his grandparents.