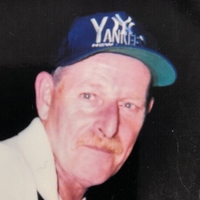 Joseph William Simoni, 76, of Lawton, Iowa passed away October 24, 2019 at his residence under hospice care.

Memorial Services are at 11 A.M. Saturday, November 2, 2019 at Meyer Brothers Colonial Chapel.  Burial will be at Calvary Cemetery.

Joe was born in Sioux City on August 12, 1943 to Joe and Vera (Watson) Simoni.  He attended Sioux City schools and later started his own construction business.  Joe continued to work until his health prevented him.

Joe married Beverly Price; they had four children and later divorced. Joe met Gail Holmberg. They were together 40 years until she died in 2013.

A bright spot in his life was coaching the Epiphany boys’ basketball program for 14 years.  Joe organized the Park Bowl golf tournament for the last 39 years.  He loved the Iowa Hawks, New York Yankees & Pittsburgh Steelers.

He was preceded in death by his parents, Joe and Vera Simoni; his life partner, Gail; and his best friend and brother-in-law, Ken Maaske.

Thanks to Dr. Nasser Abu for his positive, caring attitude during Joe’s illness and Hospice of Siouxland for their wonderful care.

In lieu of flowers, please give donations to a memorial to be named later or Hospice of Siouxland.