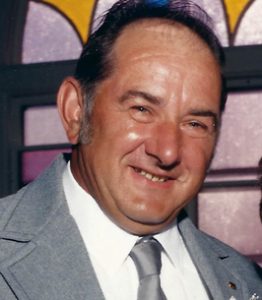 Funeral services were at 10:30 a.m. on Wednesday, November 6, 2019 at the Johnson – Earnest Funeral Home in Kingsley. Rev. Darla Rock officiated. Burial followed at the Greenwood Cemetery in Pierson, Iowa.

Expressions of sympathy may be shared through www.mauerjohnsonfh.com.

Darrell was born on September 30, 1935 in Onawa, Iowa to William and Edna (Lundy) Linton. He grew up in the Greenville area of Sioux City. Darrell enlisted in the U.S. Army in March of 1953 and served three years as a heavy machine mechanic.

He married Carol Weinreich on June 27, 1970 in North Sioux City, South Dakota. They made their home in rural Pierson.

Darrell worked at Swift Independent Packing until his retirement in 1986. In his retirement, he worked several part-time jobs including truck diving and the local elevators. He enjoyed camping, and he was a 33-year member of the American Legion Harrison F. Pederson Post #291.

Darrell was preceded in death by his parents, his wife, and his sister Ilene.