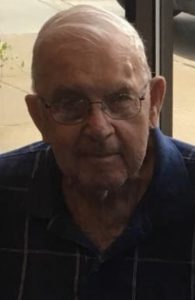 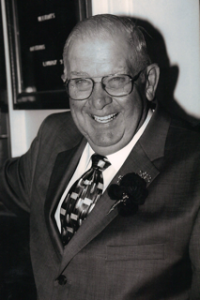 A memorial service was held Wednesday, November 6 at 1:00 p.m. at the Moville United Methodist Church with a coffee fellowship to follow. Nicklas D. Jensen Funeral Home is in charge of arrangements.

Steve Gordon Stubbs was born July 30, 1934 in Sioux City, Iowa to Gordon and Pauline (Harshfield) Stubbs. He was raised in the Lawton-Bronson and Moville areas.

He attended school in Bronson until the 8th grade and graduated from Moville High School in 1952. While in school, he participated in basketball, football, track and was a member of the Homecoming royalty his senior year.

He married his high school sweetheart, Evelyn Johnson, on March 20, 1953. To this union two sons were born, Denis and Allan. Evelyn passed away on August 16, 2013.

Steve worked at various jobs after graduation. It was the mid-1950s when he began his life’s work in the construction business with his father-in-law, Homer Johnson. They would eventually become partners until Steve purchased the business in 1970. He owned and operated Stubbs Construction until 1999 when he sold to his son Denis. Steve continued to work for his son until retirement in 2005.

Steve and Evelyn enjoyed traveling to North Carolina to visit grandkids and the Gulf Coast to play golf in their retirement years. Steve spent many happy hours competing in golf and bowling. He and Evelyn won many golf tournaments together, and he accomplished a rare bowling feat on December 2, 1979 when he bowled a perfect game.

He was preceded in death by his parents, his brother Jack, and his daughter-in-law Alice.

The family would like to thank Hospice of Siouxland, Bickford Cottage, Char-Mac Assisted Living and Kingsley Specialty Care.