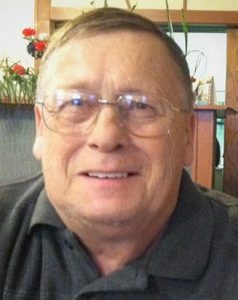 Funeral Services will be 10:30 a.m. Saturday, November 9 at Prescott United Church-Disciples of Christ, 405 6th St. with Rev. Mary O’Riley officiating. Burial will be in Evergreen Cemetery near Prescott.

Open visitation will be from 2 to 8 p.m. with family receiving friends from 6 to 8 p.m. Friday, November 8 at Pearson Family Funeral Service and Cremation Center, 701 7th St., Corning.

The family requests no flowers. Memorials may be directed to the Prescott United Church – Disciples of Christ. Online condolences may be left at at www.pearsonfuneralhomes.com.

In the midst of a blizzard, on January 8, 1943, a son was born to Robert John Hinrichs and Ruth Elaine (Walter) Hinrichs in a small farmhouse just north of Lawton, IA. Robert (Bob) Hinrichs was baptized and confirmed into the Bethel Lutheran Church and he remained a faithful servant throughout his life.

Bob attended Lawton Community Schools and graduated in 1961. During his years in high school he participated in vocal and instrumental music. After graduation, Bob attended Morningside College in Sioux City where he received a Bachelor’s Degree in Instrumental Music with minors in Vocal Music and German. Bob performed in theater and traveled with the Morningside choir throughout Europe.

Bob’s first teaching position would be in the Prescott Community School District in 1965 as a band and vocal music director as well as teaching German. While at Prescott, Bob was well known for having an outstanding dance band, focusing on music from the 40’s and 50’s

On April 3, 1971 Bob would marry Jolene (Green) and they would make their first home in Prescott. In August 1972 they welcomed a daughter, Kristi. The family then moved to Avoca where they welcomed their son Martin in September 1976.

Later they would move to Adair where he was the band director for nearly a decade at Adair-Casey Community School District. Bob was honored to be the Grand Marshall at the Carroll Band Days. Through those years, Bob enjoyed watching his own children and their friends participate in the music program he loved so dearly.

After receiving his Master’s Degree in School Administration from Northwest Missouri State University he accepted the position of High School Principal in Malvern where he would reside for three years. During this time, he obtained his Specialist Degree in Education Administration from Drake University. In 1993 Bob accepted a position of High School Principal at Sigourney Community School District.

During his tenure he wrote and received a grant that provided the area’s first alternative school and was awarded 1st runner up for Principal of the Year in Iowa. He continued working towards his Doctorate in Education until his retirement in 2007.

Bob later moved back to Prescott with his wife. He enjoyed his retirement by spending time with his 7 grandchildren, gardening, reading, and traveling (especially his trips to Minnesota to go fishing).

Over his lifetime Bob was a Sea Scout, a mayor, a youth leader at various churches, a volunteer firefighter, a member of the Bandmasters Association and School Administrators Association of Iowa, and served as the EMS coordinator for SW Iowa.

Bob and his family were lifelong members of the Missouri Synod Lutheran Church. At the time of his death, he attended the Prescott United Church Disciples of Christ where he served as an Elder and a Deacon.

He was preceded in death by his parents Robert and Elaine Hinrichs, niece Lara Hinrichs, father-in-law Max Green, brother-in-law Jon Green, his grandparents, and many precious relatives and friends.