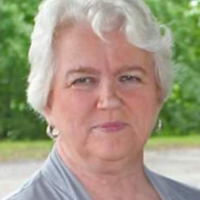 Bonnie I. (Washburn) Powers, 64, of Emmetsburg, Iowa passed away Saturday, November 2, 2019 in Sioux City shortly after a cancer diagnosis.

Funeral services will be 11:00 A.M. Thursday, November 7, 2019 at First United Methodist Church, Sioux City.  Visitation will be one hour prior to the funeral service at the church.  Burial will be at Memorial Park Cemetery.

Bonnie was born August 5, 1955, in Sioux City, Iowa, to Jesse R. “Bud” and Helen (Short) Washburn.  Bonnie grew up in rural Lawton and graduated as valedictorian of Lawton-Bronson High School in 1973 with a letter of recommendation from the National Merit Scholarship Corporation.

She was dedicated to promoting effective communication. In addition to being a long-time supporter of the Iowa High School Speech Association, she also inspired and encouraged hundreds of students who have expressed their success stemming from her support.

She was preceded in death by her parents, Jesse “Bud” and Helen Washburn, and her brother, Daniel Washburn.