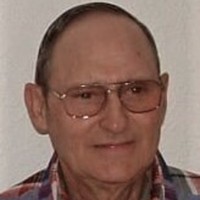 There will be a private family funeral service held with burial at a later date.  Rohde Funeral Home is handling funeral arrangements.  Online condolences may be sent to rohdefh.com.

Glen Willis Morgan was born January 31, 1929 the son of Dale and Blanche (Bleasdell) Morgan in Moville, Iowa.   He grew up in the Moville area and entered the army in July of 1950.

As a corporal in the Army, Glen served in the 3rd Engineer Combat Battalion 24th infantry division in the Korean War and returned home in August of 1951.

On December 6, 1952, Glen married JoAnn Bernhardt.  Glen and JoAnn lived in Moville for a short time while Glen worked in a meat packing plant.

In the fall of 1953, Glen and JoAnn moved to rural Kingsley, Iowa to begin farming.  Glen farmed until his retirement in 1991 at the age of 62.

Glen was a member of the American Legion Post 140 for 64 years.

When Glen wasn’t farming, he enjoyed working in the yard, tending to his fruit trees and garden as well as tinkering in the garage.  In later years, Glen enjoyed watching bull riding and Cops on TV and spending time with his family.

One of Glen’s favorite things to do was hand out dollar bills to his great-grandchildren when he saw them.

Glen was preceded in death by his parents; one brother and three sisters; and an infant son, Jeffrey William Morgan.