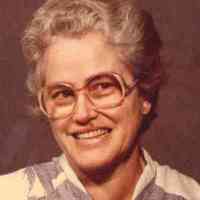 Memorial Service will be held at 2:00 p.m. on Saturday, December 7 at the Holly Springs Bible Fellowship Church, with Pastor Jim Thomas officiating.

Visitation will be held one hour prior to the service at the church. Arrangements are under the direction of Waterbury Funeral Service of Sergeant Bluff.

Donna was born September 11, 1934 on a farm near Sergeant Bluff, Iowa, the daughter of Lafayette and Vida (Kendall) Dowling. Her family would eventually buy a farm North of Holly Springs and this would be her home until she graduated high school at Holly Springs.

During her senior year she caught the eye of her future husband Eugene Hanner. They were married in German City Church just outside of Holly Springs on June 28, 1953.

They lived in Sioux City for a while until returning to the Holly Springs area. After the death of her father in 1964, she and Eugene moved to the family farm to operate it for her mother until her passing on September of 1992.

Donna and Eugene then bought the family farm from her two sisters Dorothy Lathrup and Judy Lowenstein. She remained there until her death.

Donna was a generous person. Many times she gave a home to her children’s high school friends who needed a home for awhile. She loved helping customers at her work, at Farmer’s Co-op Elevator, with their statements or maybe just visiting for awhile.

When she and Eugene would travel (no matter how far), she would be reading a book. She loved to read. Carmel learned a lot about cooking and canning from life on the farm with her mom.

When Donna was younger, she was very active in her church programs — VBS, youth groups, teaching Sunday school and Bible Study.

Donna is preceded in death by her parents and her younger sister, Judy Lowenstein.