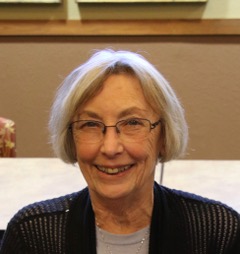 A funeral service was held on Tuesday, December 10, 2019 at 10:00 a.m. at the Nicklas D. Jensen Funeral Home of Moville with Rev. Jill Clem officiating.  Burial was held at the Arlington Cemetery of Moville.

Vicki Lee Manker was born May 24, 1939 in Moville, Iowa to Clarence and Eleanor (Richardson) Livermore.  She graduated from Moville High School.

She was united in marriage to Bob Manker on March 15, 1958 in Lake City, Iowa.  To this union, four children were born: Lesli, Kirk, Kelly and Jason.  Vicki and Bob made their home on a farm near Moville and they worked side by side farming for many years.

Vicki was the rock of the farming operation, the one behind the scenes making sure everything ran smoothly.

Vicki was a devoted wife, mother, grandmother and great-grandmother.  She lived for the holidays, especially Christmas.  The best times of her life were when her whole family was together.

Vicki was the most kind, caring and positive person — unless you ruffled her feathers and crossed her family.  She was every one of her children and grandchildren’s biggest supporter.  In her eyes they could do no wrong.

She was a member of the United Methodist Church of Moville.  She spent countless hours volunteering for Woodbury Central Athletics and she enjoyed watching her children and grandchildren participate in sports.

Vicki loved spending time with her best friends.  In her younger days, she and her friends were avid bowlers.  They were members of various leagues for many years.

She loved spending days shopping and could always be found with a strong cup of coffee in hand or sitting with her beloved dog Niko.

She was preceded in death by her husband, Bob; her parents; her mother and father-in-law, Neil and Bernice Manker; her sister-in-law and brother-in-law, Frances and Wayne Vargason; and her brother-in-law, Darrell Manker.