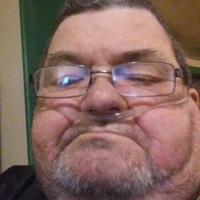 Floyd was born on June 1, 1948 in Leavenworth, Kansas, the son of Floyd and Berneda (Nelson) Whitney.

After graduation, Floyd enlisted in the Navy, and later transferred to the Army, completing almost 20 years of service to his country.

Floyd was married to his sweetheart Vida for 24 years, 4 months, (to the day). He was a truck driver for over 20 years, with Vida by his side for seven of those years, seeing most of the country while working.

He was a loving father, and he helped raise his granddaughter. His family was most important.

Floyd is survived by his wife Vida, 10 children, numerous grandchildren and great-grandchildren, and two sisters, Mari Whitney and Rona Velta.