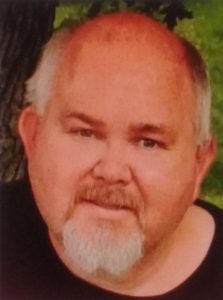 Funeral services were held on Monday, December 16, 2019 at Trinity Lutheran Church of Garden City at 10:30 A.M.

George was born on September 25, 1956 in Le Mars, Iowa, the son of Marvin Francis and Dorothy Margaret Meylor Dugan.  He grew up in Kingsley and was a Kingsley-Pierson graduate, graduating with the class of 1975.

George has been a resident of Finney County since 1984 having moved from Mount St. Helens, Washington.

George worked for Sunflower Electric Power Corporation as a Relay Technician until his retirement in 2019.

On April 19, 1997 he married Janelle Rae Bridges in Garden City, Kansas. She is among the survivors.

George will be dearly missed by his family and friends.

He is survived by a brother, Ken (Martha) Dugan of Long Beach, CA; and two sisters, Kathleen Dugan of Le Mars and Karen (Benny) Malm of Kingsley.