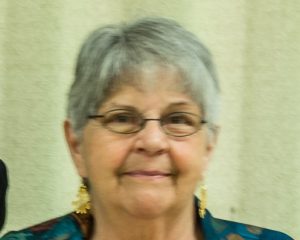 Mary Lee Jaacks, 75 of Moville, Iowa, passed away Thursday, December 5, 2019 at a local nursing home, surrounded by her loved ones.

Visitation will be held one hour prior to services at the church. Arrangements are with Waterbury Funeral Service of Sioux City.

Mary Lee Jaacks was born October 13, 1944 in Lawton, Iowa, the daughter of Carroll and Mona (Adams) Cooper. She was raised in Anthon, attending and graduating from Anthon-Oto High School.

Mary continued her education at Western Iowa Tech and Morningside College.  She was united into marriage to Clair Jaacks in April of 1966. Together they made their home in Anthon, Iowa before moving to Moville in 1972. The couple later divorced.

Over the years, Mary worked as truck driver, but her main job was as a homemaker for her family. She was a member of the Moville United Methodist Church and the United Methodist Women’s Group. Mary also was a Den Leader for Cub Scouts and the Neighborhood Chair for the Girl Scouts.

She enjoyed spending time with her family and always made sure there was plenty to eat. Mary loved to cook and was an excellent candy maker at Christmas. Her grandchildren were the light of her life.

She is preceded in death by her parents.