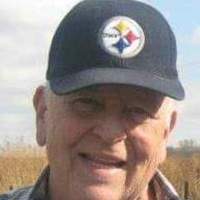 A Celebration of Life was held from 11:00 a.m. until 1:00 p.m. Monday, December 30, 2019 at the Correctionville Community Center.  Arrangements are under the direction of Waterbury Funeral Service of Sergeant Bluff.

In his spare time, Butch would tinker in his garage. He enjoyed sitting on the porch having an Ol’Mil with his family and friends.