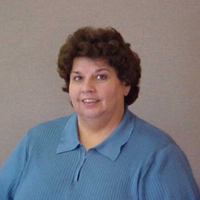 A Memorial Service will be held 11:00 A.M. Thursday, January 2, 2020 at Meyer Brothers Morningside Chapel. A visitation will be held one hour prior to service time. Reverend Eric Sayonkon will officiate. Inurnment will be at Memorial Park Cemetery. Online condolences can be expressed at www.meyerbroschapels.com

Meanwhile, she became a licensed Insurance Agent. She also worked Saturdays for many years as a Pharmacy Assistant at Moville Pharmacy with her brother, Russ. In 1997, Lorna opened her own agency with American Family Insurance. She operated this agency for 18 years until her retirement in 2015.

Lorna and Ron were married on April 3, 2004, at the Methodist Church in Ida Grove.

Earlier in life, Lorna was involved in Rainbow Girls and Methodist Youth Fellowship. Most recently, she was active in Circle of St. James Methodist Church. She was a member of Ida Grove Methodist Church. Lorna enjoyed spending time with Ron, playing with their dog, Annie, crafting; especially making beautiful wreaths and refurbishing old dolls, cooking, and socializing with her large family and amazing circle of friends.

Lorna was a loving, caring, giving person who will be greatly missed by all who were lucky enough to have her in their life.