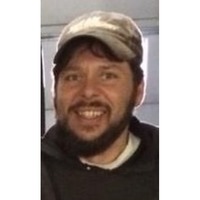 Funeral services were held on Monday, January 6, 2020, at 10:30 a.m. at the Boothby Funeral Home in Cherokee, Iowa. Pastor Howard Avery officiated. Burial will be at a later date. Online condolences can be left at www.boothbyfuneral.com

In lieu of flowers, the family suggests memorials to a charity of your choice in Matt’s name.

Matthew was born on June 6, 1972 at Cherokee, Iowa to David & Corliss (Camarigg) Simmons. He graduated from Willow Community School in 1990. He then attended Western Iowa Tech receiving an Auto Technician Degree.

Matthew had worked as an auto technician throughout his life at various auto shops and most recently working as a farm laborer.

He was a member of the Quimby Baptist Church. He belonged to the Farmall Tractor Club.

He enjoyed the bass guitar, shooting pool, music, antique tractors, and he collected steins and Hot Wheel cars. Matthew was handy and could fix most anything.

He was preceded in death by his maternal grandparents, Basil & June Camarigg; his paternal grandmother, Shirley Simmons; and a sister, Brooke (Simmons) Goodwin.