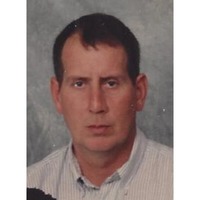 Memorial services were held on Wednesday, January 8 at 10:30 a.m. at the Boothby Funeral Home in Cherokee, Iowa. Rev. Cris Decious officiated. Burial will be in the Oak Hill Cemetery at Cherokee, Iowa at a later date.
Online condolences can be left at www.boothbyfuneral.com

He was married to Deb Brown. They were later divorced.

Brad had worked for Tyson’s and IBP for several years and also worked at Jackson Recovery Center. He was a member of AA. He enjoyed spending time with his family, especially the grandchildren.

He was preceded in death by his father Robert Dean Clark, sister Kelly (Clark) Garvin, and a grandson Damien Clark.

He is survived by his three children: Cory (Katie) Clark and their children Izzy of Aurora, Scarlet, and Gideon of Kearney, Nebraska; Justin Clark of Sioux City, Iowa; and Jessica Clark-Wagner (Ben) and their son Mason of Moville, Iowa; his mother Marcia Clark of Cherokee, Iowa; three brothers: Kirt (Robin) Clark of Moreno, California; Evan Clark of Sacramento, California; and Brian Clark; and a brother-in-law, George Garvin of Meriden, Iowa.