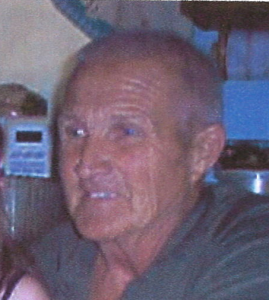 Eldon “Joe” Reimers, age 73, of Correction-ville, passed away on Monday, January 6, 2020 at his home of Correctionville.

A Celebration of Life was held on Saturday, January 11, 2020 from 12:00 PM – 2:00 PM at the Correctionville Community Center of Correctionville.  Burial will be held at a later date.  Online condolences can be made at nicklasdjensenfh.com.

Most of his life was spent driving truck, which he truly enjoyed and was able to do for over 40 years.  He loved being outdoors and spent hours working in his yard and flowerbeds, and he enjoyed feeding every animal that ventured onto his property.  He was truly and animal lover, but his greatest love and joy was time spent with his grandchildren.

Joe is survived by his wife of 46 years, Donna; their son, Tim Hoaglund (Lynne Albano) of Leesburg, VA; a grandson, Brennan Hoaglund and his wife Katie and their daughter, Harper of Cushing, IA; a granddaughter, Halee Reimers and her mother, Danessa Black of Correctionville, IA; a sister, Shirley Ward of Omaha, NE; and many brothers and sisters-in-law, nieces, nephews and their families.

He was preceded in death by his son, Donny; his parents; and four brothers: Robert, Dean, Francis and Eugene.