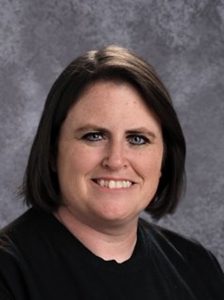 Funeral services were held at 11:00 A.M. Friday, January 17, 2020 at the MVAO/COU High School in Mapleton, Iowa with Pastor Linda Boggs officiating.  Music selections were “It Is Well With My Soul,” – Congregational and “How Great Thou Art,” – Congregational with Julie Hamann as pianist.  Casket Bearers were Isaac Hanson, Justin Hersom, Ben Hanson, Travis Hersom, Ryan Hanson, and Chris Milliren. Burial was in Center Cemetery in rural Castana, Iowa.

Arrangements were under the direction of Rush Family Care Service, Onawa, Iowa.  Condolences may be left online for the family at www.rushfamilycareservice.com

Ann Marie was born April 3, 1975 in Onawa, Iowa the daughter of Harvey and Nancy (Anderson) Hanson.

Ann graduated from Maple Valley High School in 1993. She then went on to Iowa State University where she obtained her B.S. in Elementary Education in 1997.  She also graduated with a reading endorsement and specialization in mathematics.

Ann had been the school’s Talented and Gifted teacher for 19 years and most recently had also begun teaching 7th grade math. Her students affectionately called her “MC”.

Ann had a “get it done” attitude and quickly went to work on anything needing attention. Ann was not afraid to tackle home repair projects, often teaching herself how to do things such as patch drywall and install flooring. She helped her students realize how to “think outside the box”, helping them with their natural talents and showing them that anything is possible with perseverance.

She was preceded in death by her grandparents, Elvin and Hazel Hanson and Fred and Eva Anderson; a cousin, Roger Petersen; an aunt, Patsy Petersen; an uncle, Heral Jensen; and other extended family.