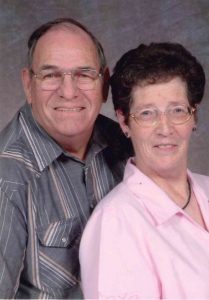 Karen June (Carrell) Snyder, 72, went home to be with her Lord on January 29, 2020. She died quietly in her sleep with her husband, Kenneth Snyder, by her side.

A funeral service will be held Thursday,  February 6 at 1 p.m. at Christy Smith Funeral Home

Karen was a twin, the 7th child of 8 born to Robert and Florence Carrell of Moville. She attended school at Smithland, Climbing Hill and Moville.

Karen met Ken Snyder and they were married in 1983. She was a mother to two sons and one stepdaughter.

She was a hard worker her whole life. She enjoyed baking, gardening and spending time with her children and grandchildren. In her spare time, she embroidered set of dish towels for family members and friends.

She was preceded in death by her mother and father; a brother, Marvin Carrell; and two sisters, Arlene Plummer and Barbara Larson.