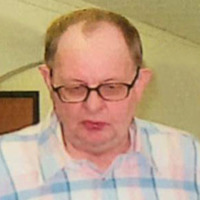 Private family services will be held at a later date. Arrangements are under the direction of Waterbury Funeral Service of Sioux City.

Alan grew up in Cushing, Iowa. The family later moved to Sioux City, Iowa. He proudly worked at Goodwill and the Sioux City Recycling Center.

Alan loved all sports and enjoyed spending time with his family.

He made friends everywhere that he went. He loved to watch the Sioux City Council meetings on TV and could tell anyone the “goings-on of the city” better than anyone.

Alan was preceded in death by his parents.