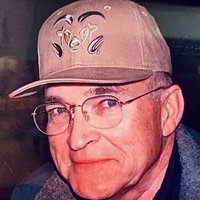 Services will be held at 11:00 am on Thursday, February 13, 2020 at Lawton Presbyterian Church. Burial will be at the Cemetery in Climbing Hill. Visitation will be held from 4-8 p.m. with prayer service at 7:00 pm on Wednesday, February 12, 2020 at Waterbury Funeral Home of Sioux City.

Jim was born on August 10, 1940 in Aledo, Illinois to Tom and Iris (Honeyman) Willits. In 1958, he graduated from East High School in Sioux City. He joined the United States Air Force, serving from 1958-1963. In the Air Force, he served as an aircraft mechanic while doing a four year tour in Frankfurt, Germany.

Upon his return, he attended Morningside College, graduating in 1967 with a degree in Education & German Studies.

In 1962, Jim married Leola Swanger. To this union three children were born.

After living in Germany for a year, they returned to Sioux City before moving to Bronson, Iowa to raise their family. They later divorced.

Jim was an avid reader of western novels, enjoyed family trips, fishing, collecting knives and the love of his family dogs. Another thing that was very important to him was that his children knew how to change a tire and check the oil on the cars they drove.

Jim worked in sales at National Chemsearch and later at Lawson Products for many years before retiring in 2006. Jim was a member of Lawton Presbyterian Church and served as an elder. He also belonged to the American Legion Post 576.

Those left to honor his memory are his children, Terry (Bob) Buckley of Omaha and Christine (Darrell) Trujillo of Phoenix; Jim (Meredyth) Willits of Chicago; a brother, Steve (KeeAnn) Mulfinger of Hornick; a sister, Jana Meece of Aledo, IL; his longtime companion, Michelle O’Connell of Mapleton; grandchildren Colin, Allison, Abby, Alexander, Cody, Skylar, Emersyn, and Brock; and many nieces and nephews.

Jim was preceded in death by his parents; his step-father, Charles Mulfinger; his step-mother, Janet Willits; a sister, Helen Mays; and a brother, Mike Blackman.

Our heartfelt thanks to the Pleasant View Care Center staff of Whiting, Iowa for their patience, love and kindness.