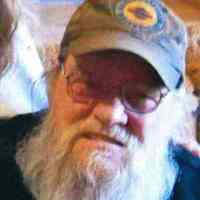 Services were held at 1:00 p.m. Wednesday, February 12, 2020 at Eddie’s Tavern (407 D Street Sergeant Bluff, Iowa). Military Honors were provided by the United States Navy and the American Legion Post 662. Arrangements are under the direction of Waterbury Funeral Service of Sergeant Bluff.

He attended Bronson High School, where he was very athletic.

Stretch enlisted as a machinist mate in the United States Navy and received an honorable discharge after serving in the Vietnam War.

He worked in Corrugated Cardboard manufacturing for over 30 years. Stretch met Dee Amaradio at Shore Acres Ballroom. They were dance partners, winning many awards, and they became partners in life when they married August 9, 1963. To this union three children were born.

They loved vacations with their kids and taking them camping many times over the summer. He was an avid motorcyclist, attending the annual bike rally in Sturgis, South Dakota for 40+ years in a row. He was occasionally able to get Dee to ride on the back of his Harley.

He enjoyed entertaining at the acreage, spending time with his family, and displaying his “toys” — his classic cars/motorcycles — in local car shows.

He liked being one of the McDonald’s coffee guys, meeting daily to hash things out.

Stretch is preceded in death by his parents; his wife, Dee; a granddaughter, Emily; one sister, Ethel; and three brothers: Leonard, Melvin, Marvin.