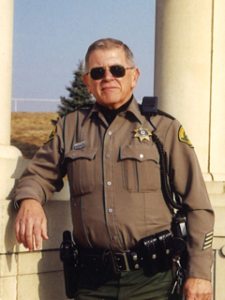 Roger D. Heath, age 82, of Aurelia, formerly of Correctionville, passed away on Friday, February 7, 2020 at his home of Aurelia.

Funeral services will be held at a later date.  The Nicklas D. Jensen Funeral Home of Correctionville is in charge of the arrangements.  Online condolences can be made at nicklasdjensenfh.com.

Roger was united in marriage to Rosemary “Muggs” Heath on November 1, 1957 in Cherokee, Iowa.  To this union, three children were born.  They raised their family in Correctionville.

Roger worked as a Woodbury County Deputy Sheriff and earned many professional accomplishments during his career.  He also earned honors for firearm instructions, something that Roger enjoyed very much.  He liked hunting, fishing and trapping as well.

Roger was preceded in death by his parents and his son, John “Jay” Heath.