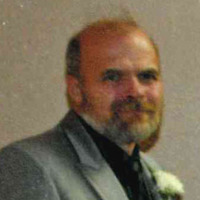 Services were held at 11 a.m. Saturday, February 29 at St. James United Methodist Church in Sioux City. Arrangements are under the direction of Waterbury Funeral Service of Sioux City.

David was born on July 6, 1957 in Sioux City, the son of Lloyd and Nancy (Lyons) Johnson. He grew up in the Bronson area, graduating from Lawton-Bronson High School in 1975.

Dave married Shirley Marsh in 1977. They made their home on the farm near Bronson. Over the years, Dave worked in the cooling and heating industry in the Siouxland area.

Dave enjoyed music. He was a techie guy who liked his electronics. He was also into jokes and trivia.

He was preceded in death by his parents and a cousin, Tom Williams.