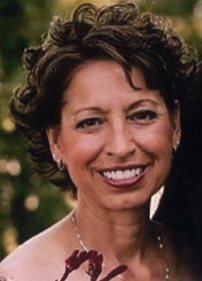 SueAnn M. Heinse, age 54 of Danbury, passed away on Friday, February 28, 2020 at the Horn Memorial Hospital of Ida Grove.

A funeral service was held on Tuesday, March 3, 2020 at 10:30 AM at the St. Paul Lutheran Church (Midway) of Battle Creek with Pastor Martin Davis officiating.

Burial was at the St. Paul Lutheran (Midway) Cemetery of Battle Creek.  The Nicklas D. Jensen Funeral Home of Correctionville is in charge of the arrangements.

She was united in marriage to Kurt Heinse on January 14, 1989 in Fort Dodge.  To this union two children were born: Stephanie and Ethan.  She and Kurt made their home in Danbury, Iowa.

SueAnn did everything DIY; she fixed and remade nearly everything she owned.  She was a very determined woman who loved vacationing in Cancun.

She was preceded in death by her daughter, Stephanie Heinse.