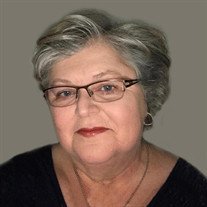 A funeral service was held at 11:00 a.m. Monday, March 16, 2020 at Christy-Smith Funeral Homes, Morningside, with burial in Memorial Park Cemetery.

Becky Ann Pithan, the daughter of George and Dorothy “Jo Ann” (Will) Pithan was born June 16, 1955, in Sioux City, Iowa. She was in the first graduating class of West High School in 1973. Becky then went to work in the Sunshine Bakery.

In June of 1973, Becky was united in marriage with Randy Amick in Sioux City. She was employed as a Jailer at the Woodbury County jail. Their son, Chris, was born in 1974. The couple divorced in 1986.
In 1989, Becky moved to Kimberling City, Missouri and worked for MCI in Springfield, Missouri as a security officer. She was later promoted to Supervisor. After moving back to Sioux City, Becky was employed at Williams and Company in licensure.

She was preceded in death by an infant brother, Robert.