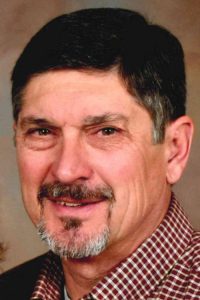 Victor F. Helt, 73, of Sergeant Bluff passed away peacefully at home with his wife by his side on the morning of April 17th, 2020.

There will be a Celebration of Life service at a later date when the risk of Covid-19 is over. Arrangements are under the direction of Waterbury Funeral Service of Sergeant Bluff.

Victor was born February 2nd, 1947 in San Diego, California to Dr. Vernon Helt and Evelyn (Droll) Helt. Vernon was the last doctor who lived in Moville.

On June 10th, 1966 Victor was united in marriage to Julie Ann King.  To this union four children were born: Todd, Shari, Lynsi and Michael.

Victor graduated from Central High School in 1966 and later attended Morningside College where he studied Computer Science.  Victor worked for IBM as a Senior Engineer from 1968 until 2002 when he retired.  In retirement, Victor worked leisurely at Morningside College, imparting his wisdom upon the many students he crossed paths with daily.  Victor also enjoyed coaching and attending his grandchildren’s many sporting events and activities.

Victor rebuilt a 1967 Chevelle and cared for this vehicle for over 40 years. He enjoyed classic cars and attending car shows. Victor also enjoyed shooting and was a member and past president of the Hawkeye Gun Club. Victor was and is the best man his family has ever known.