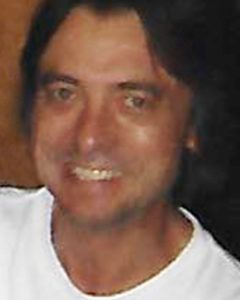 The family will be holding a gathering at his home the second week of May.  Online condolences can be made at nicklasdjensenfh.com.

He graduated from Eastwood High School in 1971 and shortly after served in the U.S. Army where he was stationed in Germany.

After the Army, he landed a position at IBM as a Computer Technician in California and remained there for a long and loyal sixteen years. While working at IBM he pursued his Bachelor’s degree in astronomy and engineering at Merced College, California.

Jack married in 1977 to Debra Wallman and they had a daughter Melanie in 1979, and a son Drew (Deceased) in 1980. He then purchased his first new home in the suburb Roseville, California.

In the late 1990’s he worked as a Computer Tech at Siemens Nixdorf for a few years and then he returned to Correctionville in 2000 after living in California for over 20 years.

Jack had a love for science and astronomy, and he was brilliant in figuring anything out with computers. He possessed his mother’s gift of artistic ability and precision.

He was also innovative, thoughtful, optimistic, and he had a one-of-a-kind sense of humor.

Jack had an appreciation for classic cars, antiques, and he loved to drive like he was in a racecar. When he was with family and long-time friends he enjoyed classic car shows, observatories, fishing, camping, road trips, barbecues, and beers!

“Never allow one dark cloud to cover the whole sky, because the sun is always shining on parts of your life” was something my Dad said to me one day. This truly defines who he was and, he always loved the warm and sunny days.

Daddy, I know you are resting at peace on the other side, in Heaven, with your son Drew, Mom, Dad, brother Roger, sister Susan, and your old dogs from long ago, Jack and Jill.

Jack is survived by his daughter Melanie, his granddaughter Skye, and his lovely nieces and nephews.

We all miss you so much and love you to eternity!