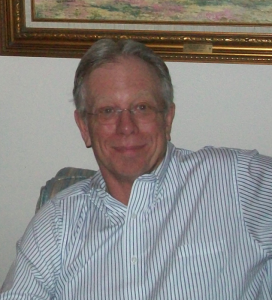 A Celebration of Life will be held at a later date.  A private family burial will be held at the Arlington Cemetery of Moville. The Nicklas D. Jensen Funeral Home of Moville is in charge of the arrangements.  Online condolences can be made at nicklasdjensenfh.com

Herb was born in Sioux City, Iowa on November 8, 1949 to Homer and Elsie Foster. Herb grew up in Moville, Iowa and graduated from Woodbury Central High School.

After high school, he attended Northwest Missouri State and graduated with a degree in Agriculture Business. While in college, he was a founder of the Delta Chi Fraternity and remained a lifelong friend with his fellow founders and members.

After graduating from college, he returned home to Moville to farm in partnership with his father. During his years farming, he was dedicated to the cattle operation. He had both purebred and crossbred cattle and had genetic records dating back to the early 1970s.

He was known to continue his cattle operation late into the season, referring to the cattle as his “Christmas cows”, to ensure that his family would be spoiled over the holiday season. He worked as a cattle representative for Superior Cattle Auctions, and enjoyed trading commodities on the Chicago Board of Trade.

While actively farming, Herb was elected Moville Township Trustee, and was also elected to the Woodbury County FSA Committee.

He was a member of the Woodbury and Iowa Cattlemen’s Associations where he was a supporter of the bucket calf program. He was also a member of the United Methodist Church. Beyond farming, Herb had a passion for baseball and was a co-owner of the Sioux City Explorers; he tried to maintain perfect attendance at both home and away games.

When Herb was diagnosed with multiple sclerosis, his involvement with the farm had to be scaled back. However, he continued attending cattle auctions, supporting the Woodbury Central baseball program, and could always be found at Bob Roe’s Point After among friends.

Survivors include his children Tim Foster and Alexis Foster (friend Ryan); his sisters Kathy (Phil) Jones and Karen (Ed) Merkle; nephews Michael and Matthew Jones and their spouses; nieces Laura and Katie Merkle and their spouses; hundreds of close friends whom he considered family; and the entire Moville community.