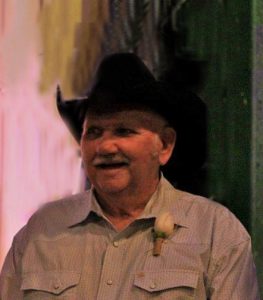 Merlyn A. Hansen, 84, of Pierson, Iowa, passed away on Saturday, June 6, 2020 at Lawton Senior Living surrounded by family following a brief illness.

He was educated at Union School and then assisted his family with farming.  Merlyn also worked at the Becker – Ditter Service Station in Kingsley, Iowa.

He proudly served his country in the United States Army from September 4, 1958 to September 2, 1960 where he attained the rank of Specialist prior to earning an Honorable Discharge.

Merlyn married Lois “Kay” Grover on August 11, 1963 in Marcus, Iowa.  They made their home in Pierson, Iowa where Merlyn worked at several different occupations.

He drove truck for many people in the area.  He had his own corn shelling business and also later established Hansen Electrical and Plumbing and did some carpentry work as well.

First and foremost, Merlyn was a dedicated husband, father, grandfather and great-grandfather.

He belonged to the Masonic Temple, Abu Bekr Shrine and the Scottish Rites.  He particularly enjoyed being a Shrine clown named Dufus.

He played the guitar and hosted the Cherokee Music Festival and was very proud of singing on stage with Loretta Lynn.  In earlier years he announced chuck wagon races.  Two months ago, Merlyn moved to Lawton Senior Living.

He was preceded in death by his parents; his wife Kay on February 20, 1999; a brother, Kenneth Hansen; and a brother-in-law, Dean Johnson.