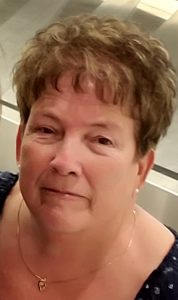 Dee was born Phil and Phyllis Hageman on August 27, 1950 in Sioux City, Iowa.

Dee worked after graduation from high school at IBP as a meat cutter, St. Joseph Hospital as a CNA, Sioux City Schools as a bus driver aide and for 28 years as an aide with Kingsley Nursing and Rehab.  She married Ronald Frank Miller on August 23, 1969. They had four children: James Miller (Jill Winter), Rhonda Snook (Mike Hall), Joseph Miller and Renae (Scott) Hoyle.  Unexpectedly Ronald passed away on December 18, 1981.

On June 26, 1982 she married Ronald Schumann, and after their marriage they made their home in Kingsley.

Dee loved getting together with family, playing cards and table games, watching sporting events and just about any reason to get everyone together. She enjoyed a night at bingo, dancing the night away, listening to karaoke with Joey or a quick trip to a casino with her sisters and friends.

Dee was preceded in death by her parents; her husbands, Ronald Miller and Ronald Schumann; her granddaughter, Amanda Perea; and her stepson, William Schumann.