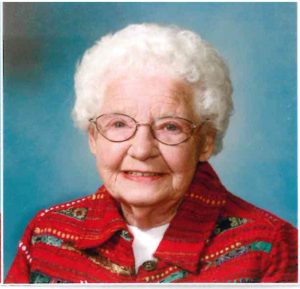 Mary was born February 18, 1932 in Sioux City, the daughter of Glen and Helen (ldeker) Robinson. She grew up in the Correctionville and Quimby areas attending rural country schools.

She married in 1948 and had three sons: David, Robert and Mark. Mary remarried and had a daughter Debra in 1960. All four of her kids were born at Offutt Air Force Base, Omaha Nebraska. In 1968 Mary and her daughter moved to Durango, Colorado, where she later married Andy Andrews in 1978. She spent the last 42 years working with him in their photography business in Durango. The two of them were inseparable and loved life together.

Mary was well known in her community. She started the Junior Miss program at Durango High school in 1980 and operated it for a decade. She secured prizes from local business and the winner got an all paid expense trip to Denver to compete in the Colorado Junior Miss Pageant as well as a $1,000.00 scholarship to the school of their choice. Mary also bought the contestant her formal dress for the completion in Denver.

In 2004 Mary was awarded the Degree of Photographic Craftsman from the Professional Photographers of America in Las Vegas, Nevada, where she received a standing ovation for her accomplishments.

She was preceded in death by her parents, Glen and Helen Robinson; a sister, Pat Perkins; and her brother, Harland Robinson.