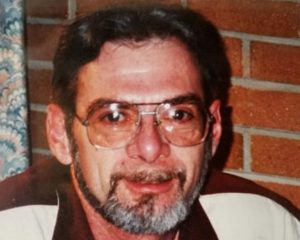 There will be no service at this time.

Kenny was born on June 4, 1945 in Los Angeles, Calif, the son of Raymond and Arcelia (Beckner) Welch.

He attended Central High School in Sioux City. He joined the U.S. Navy prior to graduation and served for eight years, including two tours in Vietnam. He married Bonnie S. Bagley, and they later divorced. To this union three children were born.

He later met and married his current wife, Lesley.

Kenny worked for John Morrell in Sioux City. He also had his own lighting store and construction company. He accepted a job in Tar Heel, North Carolina at the Smithfield Packing Plant (formerly Carolina Packing Plant).

Kenny and his wife lived in North Carolina for 12 years before moving to Washta in 2004 for another 12 years. Kenny took a job with a private hog farm there. They recently moved to Omaha. He was a member of American Legion Dessel-Schmidt Post 225 in Holstein, Iowa.

Kenny enjoyed anything related to eagles, art, the Carolina Panthers, and NASCAR.

He was preceded in death by his parents; a brother, Michael; a sister, Lois; and a grandson, Armstrong.