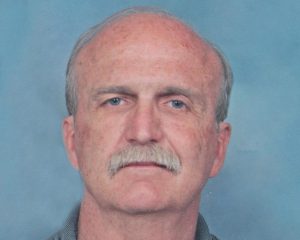 Denny Robinson, the son of Robert and LaVonne “Bonnie” (Hatch) Robinson, was born August 14, 1947 in Correctionville, Iowa. He graduated from East High School in Sioux City in 1967.

Denny entered the U.S. Army on July 2, 1967. He attended ordnance training at Aberdeen Proving Ground in Maryland. Denny was then stationed at the DMZ in Korea during the Vietnam War. On Feb. 8, 1969, Denny was united in marriage with his high school sweetheart, Rebecca S. “Becky” Johnson, in Sioux City. He was then transferred to Fort Hood in Killeen, Texas, where he served the remainder of his tour. Denny was honorably discharged July 3, 1970.

The couple returned to Sioux City, where Denny was employed as a fabricator at McCracken Concrete Pipe Company. He retired in 1998.

Denny was an avid Scouter and was affiliated with Troop 221. He was Wood Badge trained, received the Silver Beaver Award, and was a Vigil Member in the Order of the Arrow. Denny was also a member of the Morningside Masonic Lodge 615, the 32nd Degree of the Sioux City Scottish Rite, and the Morningside American Legion Post 697.

He was preceded in death by his parents; his in-laws, Don and Maxine Johnson; and his niece, Tonya Trayer.

The family has requested that memorials be directed to the American Legion Post 697.