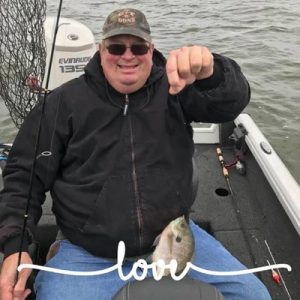 A visitation was held on Tuesday, July 28, 2020 at Meyer Brothers Colonial Chapel from 11:00 a.m. until 1:00 p.m. with a graveside service following at 2:30 p.m. at Oak Hill Cemetery in Anthon, Iowa.  Online condolences may be offered at www.meyerbroschapels.com

He received his education in Mapleton, graduating with the Class of 1983 from Maple Valley High School.

Steven furthered his education at Western Iowa Tech in Sioux City, where he studied horticulture.  Steven was an avid outdoorsman, loving fishing, camping, and gardening.  He was a Boy Scout growing up, and continued as a Boy Scout Leader.

Steven has been described as “one who’d give you the shirt off his own back” and loved helping people, including mowing grass for the elderly in his neighborhood.

Steven was one of the crew at Nor-Am Cold Storage in Le Mars, Iowa, where he worked in the warehouse.

He was a man of faith, enjoying his membership to the Rejoice Community Church in Le Mars.

Steven is survived by his parents, both of Mapleton, Iowa; his sister Shauna (Tim) Hugen and their children Bryan Hugen and his fiance’ Anna and Jessica (Cody) Bockelkamp.  He was excited to become a great-uncle to Jessica and Cody’s soon-to-be little boy.

Steven was preceded in death by his maternal and paternal grandparents.