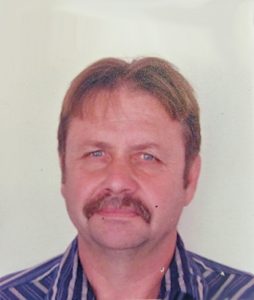 Timothy Dahms, 65, of Hornick, Iowa passed away unexpectedly due to an ATV/motor vehicle accident on Tuesday, July 28, 2020.

A memorial visitation was held from 5:00 to 7:00 P.M. Tuesday, August 4, 2020 at the Rush Family Chapel in Onawa, Iowa. Arrangements are under the direction of Rush Family Care Service in Onawa.  Condolences may be left for the family at www.rushfamilycareservice.com.

Timothy John Dahms was born November 4, 1954 in Emerson, Nebraska the son of Wayne Charles and Bonnie Ruby (Gutzmann) Dahms. He grew up near Hornick, Iowa and graduated from Westwood High School in Sloan, Iowa, where he excelled in the FFA and Agriculture Classes.

He attended the University of South Dakota in Vermillion, South Dakota, where he received his Certified Diesel Mechanic Degree.

Tim enjoyed fishing, hunting, gardening, cooking, and working. Tim’s main enjoyment came from farming the land, and he was a great farmer. Tim cherished the memories from his father’s time flying planes, and Tim was actively attaining his own pilots license.

He also enjoyed traveling, especially to snowmobiling trips in Colorado.

He was preceded in death by his father, Wayne Dahms; grandson, Markis Dahms; brother, Mark Dahms; and sister, Susan Dahms.