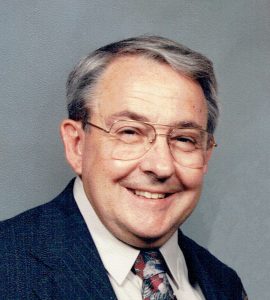 Warren graduated from Three Rivers High School in 1949, then attended Western Michigan University for his undergraduate degree. He received his Masters degree from the University of Iowa.

He was very involved with the Michigan State Band and Orchestra Association, played clarinet in the Dexter Community Band, and Ann Arbor Civic Summer Band.

Warren was a member and choir director of Zion Lutheran Church, Assistant Scoutmaster at Troop 425, and a member of Chelsea Kiwanis for many years. He also volunteered at Chelsea Retirement Community.

On October 4, 1997, he married Linda (Weidemier) Wickre, and she is among the survivors.

In addition to his first wife, he was preceded in death by his brother, Roger.

Memorial contributions may be made to Zion Lutheran Church, to establish a music scholarship fund, or the Parkinson’s Foundation.