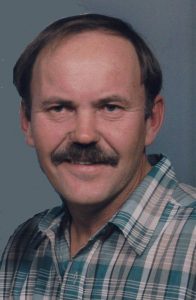 Private family services were held at 10:30 a.m. on Friday, August 7, 2020 at Grace Lutheran Church in Correctionville. Pastor John Riebhoff officiated. Burial was at Oak Hill Cemetery in Anthon, Iowa.  The Greenwood-Schubert Funeral Home in Cherokee is assisting the family with arrangements. Online condolences may be sent to the family at www.greenwoodfuneral.com.

Bob graduated from Eastwood Community School in 1969. He then helped his dad in the plumbing business until entering the Army in June 1971 as an Aircraft Mechanic and Repairman. He was discharged in 1972.

On February 17, 1973, Bob was united in marriage to Sandy Jansen in Anthon, Iowa. To this union one child was born, Chad. Following their marriage, Bob worked with his dad until he went to work at Midwest Industries in Ida Grove as a mechanic for 30 years, retiring in 2015.

Bob enjoyed doing wood projects, fishing, reading, and spending time with his family, especially his grandkids. Bob was a member of Grace Lutheran Church in Correctionville.

He was preceded in death by his parents, Edward and Betty Bottjen; his grandparents, Claude and Dorothy (Wright) McCleery and William Dietrich and Bertha Lucetta Bottjen; his in-laws, Paul and Darlene Jansen; and one nephew, David Brown.