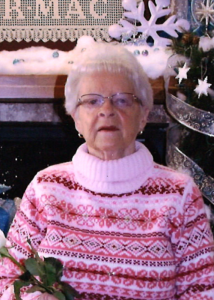 Patricia J. Horton Milbrodt, age 89, of Moville, passed away on Monday, May 04, 2020 at the AbiliT Senior Living of Lawton.

Pat was born on January 25, 1931 in Moorehead, Iowa, the daughter of Lem and Wilma (Hite) Androy.  She was raised in the Moorehead and Smithland area where she attended grade school and middle school.  Her high school years were spent at Moville High School, where she met Jack Junior Horton.

Pat lived in the same home in Moville, Iowa from 1947 until April of 2015.  She resided at Lawton Assisted Living for the past five years.

Pat was the custodian of the United Methodist Church for 26 years.  She spent countless hours keeping it “just so.”  She later worked in the lunchroom at Woodbury Central School for 21 years.  Whenever Junior needed some help with his plumbing business she was the “plumber’s helper.”

She was involved in many activities in the church and really enjoyed helping with funeral luncheons.  Pat enjoyed being outdoors and walked many, many miles all over Moville.  She enjoyed watching and feeding “her squirrels.”  She and Junior belonged to the Siouxland Antique Car Club where they participated in many activities over the years.

Pat enjoyed going to the golf course with her son-in-law Larry.  He wanted her to drive the cart but she refused and told him she was there to relax. She, Trish, Todd and Troy spent many summers soaking up the sun at the “pit.” Pat and Paul enjoyed taking long car rides, soaking up the beauty of the countryside.

Pat was a devoted wife, the best mom and mother-in-law, the most awesome grandma and great-grandma, a loving daughter, daughter-in-law, sister, sister-in-law, aunt, cousin and friend.