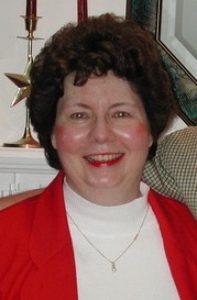 Wendy Lynn Hunt, the daughter of Howard and Maxine (Rohde) Smith was born on November 4, 1948, in Cherokee, IA. Her childhood years were spent in Quimby where she attended and graduated from Willow Community Schools. She attended Iowa State University and later transferred to the University of Iowa where she earned a degree in teaching.

On December 30, 1972, Wendy was united in marriage to Wesley Scott Hunt in Quimby, IA. To this union one boy was born, Derrick Hunt. Following their marriage they moved frequently for Scott’s job. They lived in Connecticut, San Diego, and Maryland. Wanting to be closer to family, they moved back to Iowa in 1980. They later relocated to Pensacola, FL, North Carolina, and Virginia Beach. In March 2016, Wendy moved back to Cherokee, IA and resided at the Garden’s and later Happy Siesta Care Center in Remsen.

Wendy was an active member of the Methodist Church in Virginia Beach. She was a staunch Republican and enjoyed politics. She was known as a good cook and even better baker, especially the reputation she had for making German Chocolate Cake. She also enjoyed traveling the country.

On Thursday, August 6, 2020, Wendy passed away at the Happy Siesta Care Center at the age of 71. She was preceded in death by her parents, Howard and Maxine Smith, and one brother Scott Smith.

She will be remembered by her son, Derrick (Jami) Hunt, and their daughter Josie of Watkinsville, GA; two sisters, Nancy (Dennis) Pugh of Hurley, SD, and Sue (Mark) Perrin of Cherokee, IA; four nieces, Melissa Friedrichsen, Emily Perrin, Kara Nagelnaker, and Lesley Pugh; she is also survived by other relatives and friends.