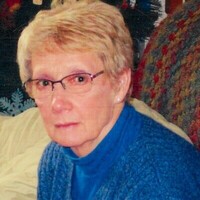 A visitation will be held on Thursday, August 27 from 5-7 p.m. at Rohde Funeral Home in Kingsley with the family present. A memorial service will be held on Friday, August 28 at 11 a.m. at the funeral home with Ken Kraft officiating. Lunch and fellowship will follow.

Jill was born July 26, 1949 in Osmond, Nebraska to Lloyd and LaVone (Johnson) McDonald. The family later moved from Beldon, Nebraska to Kingsley, Iowa.

She worked as a legal assistant for various law firms in Sioux City and Muscatine, Iowa before retiring in 2014.

Jill enjoyed reading, crocheting, and doing puzzles. She was a great cook who loved making large meals for family gatherings.

Jill was preceded in death by her parents as well as her mother-in-law and father-in-law, LaVonne and Melvin Bakken.

Survivors include her husband Loy, of Sioux City; sisters Jaine (Denis) Stubbs of Moville; and Judy (Tom) Bainbridge of Holstein; a brother Jerry (Cheryl) McDonald of Havre, Montana; sisters-in-law, Lois Bowers-Stein of Sioux City, and Lana Brownlee of Des Moines; nieces and nephews; and other relatives and friends.

Memorials can be directed to the Kingsley Public Library.