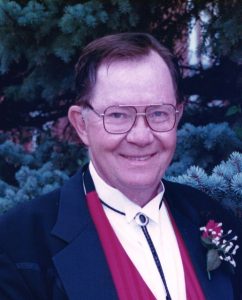 Nevin J. Moodie, age 74, of Moville, passed away on Thursday, August 27, 2020 at the Kingsley Specialty Care of Kingsley.

A funeral service was held on Wednesday, September 2, 2020 at 11:00 a.m. at the Nicklas D. Jensen Funeral Home of Moville. Burial was at the Arlington Cemetery of Moville.   Military rites were conducted by the American Legion Wink-Sparks Post #303 of Moville.

Nevin Jay Moodie was born September 14, 1945 at St. Joseph Hospital in Sioux City, Iowa, the son of Florin and Dorthea (Hough) Moodie.   He graduated from Kingsley-Pierson High School in 1964.  He then joined the Marine Corps and served time in Vietnam as a radio operator.

Nevin was united in marriage to Rebecca “Becky” Warren on August 10, 1968.  They lived in Moville all of their married life.  The couple was blessed with two sons, Adam and Cliff.

He worked for Woodbury County Secondary Roads Department for 37 years, retiring in 2007.

In his spare time Nevin enjoyed fishing, hunting, golfing and carving wooden figures.  He also enjoyed reading books; he had so many you could say he had his own personal library.

Nevin cherished time spent with his granddaughters: Hailey, Mackenzie, Izabella and Beverly.  He especially liked to tease them when he could.

He is survived by his wife of 52 years, Becky; his sons, Adam Moodie and Cliff (Nicole) Moodie; his granddaughters, Hailey, Mackenzie, Izabella an Beverly; one sister, LaDonna Kindig of Correctionville, IA; his sister-in-law, Patty Moodie of Kingsley, IA; his brother-in-law, Dick (Annette) Warren of Onawa, IA; and many nieces and nephews.

Nevin was preceded in death by his parents, Florin and Dorthea Moodie; an infant daughter, Tracy; an infant son, Matthew; his parents-in-law, Clifford and Helen Warren; and his brother, Curtis Moodie.