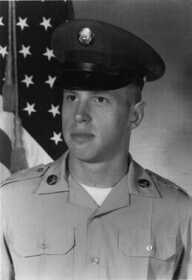 In 1979, Tom enlisted in the Army and was stationed at Fort Stewart, Georgia.

After the Army, he moved back to Iowa and pursued various careers as a heavy machinery operator, truck driver, and welder.

He was preceded in death by his father, Leo Schleimer; loved one, Mary Cooper; and daughter, Chyann Cooper. He is survived by his daughter, Shayna Cooper of Madison, WI; his son, Quinn Schleimer of Sioux City, Iowa; his mother, Theresa Hirst of Washta, IA; sisters Kathy (Don Jr.) Joy of Cushing, IA; Leann (Gary) Boecker of Graettinger, IA; and Mary Biles of Fort Lupton, CO; and his stepchildren Forest, Sierra, and Meadow.

An organ donor, Tom was laid to rest at Sunset View Cemetery in Washta on Saturday, August 29. A celebration of life at Silver Sioux Park in Quimby followed.