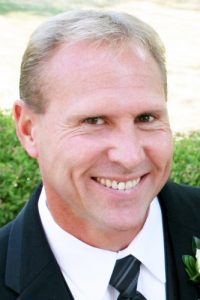 Kevin W. Pfaffle, 58 of Remsen, passed away Tuesday, September 8, 2020 at his residence in rural Remsen.

Kevin was born October 25, 1961, LeMars, Iowa to Wayne and Janice (Mathers) Pfaffle.  Kevin grew up on the family farm and his ultimate goal was to continue the family farming legacy.  He was baptized, confirmed, and became a member of First Lutheran Church in Kingsley.  He graduated from Kingsley-Pierson High School in 1980, and later attended Buena Vista College receiving a bachelor’s degree in Business.

After college he worked in banking at various locations in Cresco, Ankeny, Des Moines, Remsen and LeMars, Iowa.

He took great pride in understanding and getting to know his customers and his personal relationships with them.  Charles Neuroth was a special friend and mentor in Kevin’s professional life.

Kevin married Amy Erickson July 26, 1997.  Their son, Preston, was born July 12, 2001.  He was a dedicated, loving father and treasured the precious time spent with his son, Preston.

He especially valued the love and support of his entire family.  He enjoyed traveling whenever he could find time, riding his motorcycle and keeping his automobiles sparkling clean.  He and Preston enjoyed trips to Yellowstone with David and Kayti, going to the Grand Canyon with Karl and Julie, going to the Black Hills with Bill and Linda, and traveling to the Wisconsin Dells with David and Kayti, Brookanne, Morganne and Kaitlyn.

Kevin was preceded in death by his maternal and paternal grandparents and his father, Wayne Pfaffle.