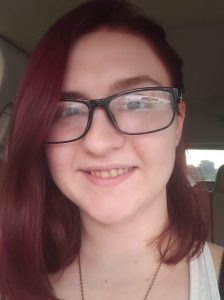 Funeral services were held at 10:00 a.m. on Saturday, September 19, 2020 at Salem Lutheran Church in rural Correctionville, Iowa with Pastor Tami Groth officiating.    Online condolences may be sent to rohdefh.com.

Following graduation, Ashley made her home in Anthon.  Ashley was a member of Salem Lutheran Church being baptized and confirmed at the church.

Ashley was preceded in death by her paternal grandparents, Bill and Norma Clausen; her maternal grandfathers, Robert Burns and Jeff Sands; two miscarried infants; and a special friend, Matt Jepsen.

In lieu of flowers memorials may be directed to the family.