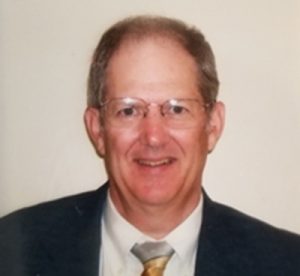 Memorial Mass is at 11:00 a.m. Friday, Sept. 25 at Holy Cross-St. Michael Catholic Church in Sioux City, Iowa. Due to COVID-19, face masks are required. Online condolences may be directed to www.meyerbroschapels.com.

Donald H. Molstad was born March 25, 1949 to Howard and Ella Marie (Davis) Molstad in Sioux City, Iowa. He was the fourth generation to grow up on the Molstad family farm in Moville, Iowa.

After high school, Don miraculously survived an electrical accident. The accident changed Don’s life path in many ways — a path that led him to the love of his life and his wife of nearly 49 years, Sheila Bagan.

He graduated from University of South Dakota in 1972, and then Creighton Law School in 1975.

After law school, Don and Sheila moved to Sioux City where Don started a successful law practice and was a United States Bankruptcy Trustee for almost 41 years.

Don and Sheila were blessed with two children, Erik and Nora.  One of the biggest joys in Don’s life was being able to take his children fishing.

There are fisherman and then there is Don Molstad.  He continued to hone his craft over years of fishing in Canada and on the family pond.  Always the teacher, Don passed his love and wisdom of fishing on to his grandchildren.

Don was a great attorney, an excellent fisherman, a loving husband, and the best father and Papa to his three biggest loves — Mackenzie, Gunnar, and Patrick.

He was preceded in death by his parents, Howard and Ella Marie and brother Ken.

He is survived by his wife, Sheila (Bagan) Molstad; his children, Erik (Ann) Molstad and Nora (Pat) Ryan; and his grandchildren: Mackenzie, Gunnar, and Patrick.