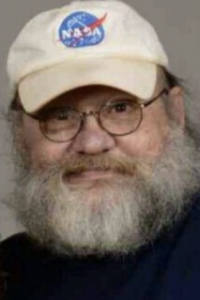 Bryan D. Wassenaar, age 66, of Correctionville, formerly of Orange City, passed away on Sunday, September 20, 2020 at the Methodist Hospital of Omaha, Nebraska.

A funeral service will be held on Saturday, October 17, 2020 at 11:00 a.m. at Grace United Methodist Church of Correctionville with Pastor Carl Benge officiating. A burial will be held at a later date.

A visitation will be held one hour prior to the funeral service at the church. The family requires all individuals attending the funeral service to wear a mask and follow social distancing guidelines.  The Nicklas D. Jensen Funeral Home of Correctionville is in charge of the arrangements.  Online condolences can be made at nicklasdjensenfh.com.

Bryan D. Wassenaar was born March 18, 1954 in Denver, Colorado to Joubert and Nellie (Brouwer) Wassenaar. Bryan attended school at Orange City Christian School and MOC High School before earning his GED. He then went on to study at Northwestern College and Western Iowa Tech.

He was united in marriage to Marianne.  The couple had two children David and Anna.  They later divorced.

He was married to Rachel Friese on July 15, 2006 in Correctionville, Iowa.

Bryan was a retired truck driver for Russell’s Ready Mix.  He worked as a freelance writer/photographer for The Sioux City Journal, The Siouxland Press, and The Capital Democrat, earning a Media Award from the Governor and Orange City Chamber of Commerce.

Additionally he worked at Hope Haven, as a librarian, and often in construction.  His true love was music.  Bryan was a guitar player, guitar teacher, and a member of the band Big Lizard.

He was a published poet and enjoyed photography, reading science fiction, and reading the Bible.

Bryan is survived by his wife, Rachel Wassenaar of Correctionville, IA; and his children, David Wassenaar of Orange City, IA and Anna (Andy) DeWild of Sheldon, IA. He was preceded in death by his parents, Joubert and Nellie, and his ex-wife, Marianne.

Bryan’s last wish was to be an Organ Donor for Live On Nebraska.