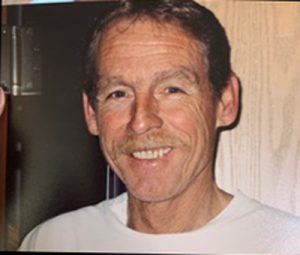 Craig was born May 30, 1948 in Kingsley, Iowa at Mrs. Murphy’s to Junior and Marguerite (Petersen) Herbold. He was one of five children. Craig graduated from Woodbury Central High School in Moville in 1966 and spent one year at Norfolk Community College in Norfolk, Nebraska.

Craig met the love of his life, Linda Ritter, at “The Loft” in North Sioux City, South Dakota. Craig enjoyed telling his grandkids the story of how he kept asking Linda to dance, to the irritation of her date! While not charmed by his dancing ability, Linda said he was the happiest person she had ever met. They married on September 1, 1967 and just celebrated their 53rd anniversary. They raised three children together.

Craig always knew where he wanted to work. He held numerous positions as a young man waiting to turn 21 years old so he could apply at United Parcel Service.

Craig was one of 100 people to apply for a single package driver position at UPS in Waterloo, Iowa. He was the only man to show up to the interview wearing a suit and tie and knew that was the reason he was chosen for the job. A promotion made Craig a supervisor and moved the family back to the Sioux City area. Another promotion to Center Manager of the Denison and Carroll centers moved the family to Carroll until Craig retired from UPS in 1987 after 18 years.

He worked numerous truck driving jobs but enjoyed his over the road trucking with his son Craig Jr. the most, and then his dog Frankie. He eventually ended his trucking career with his retirement from Sunrise Dairy/PDI in 2010. He won numerous “top driver” awards during his time there.

Craig was an amazing dad, grandpa and great-grandpa. He enjoyed taking the family on vacations every year and continued that tradition when his children became adults and added grandkids. He had a nickname for all the kids and had the best one-liners (Herbisms) ever.

Craig loved to travel and even with technology he still loved to get out the “atlas” and figure out a route to travel. He loved to fish, watch TV, talk politics, and watch his grandkids’ events, but his favorite thing to do was to be wherever Linda was. He will be forever loved and missed.

He was preceded in death by his parents, Junior and Marguerite; his mother-in-law and father in law, Leonard and Darline Rademacker; and many aunts and uncles.